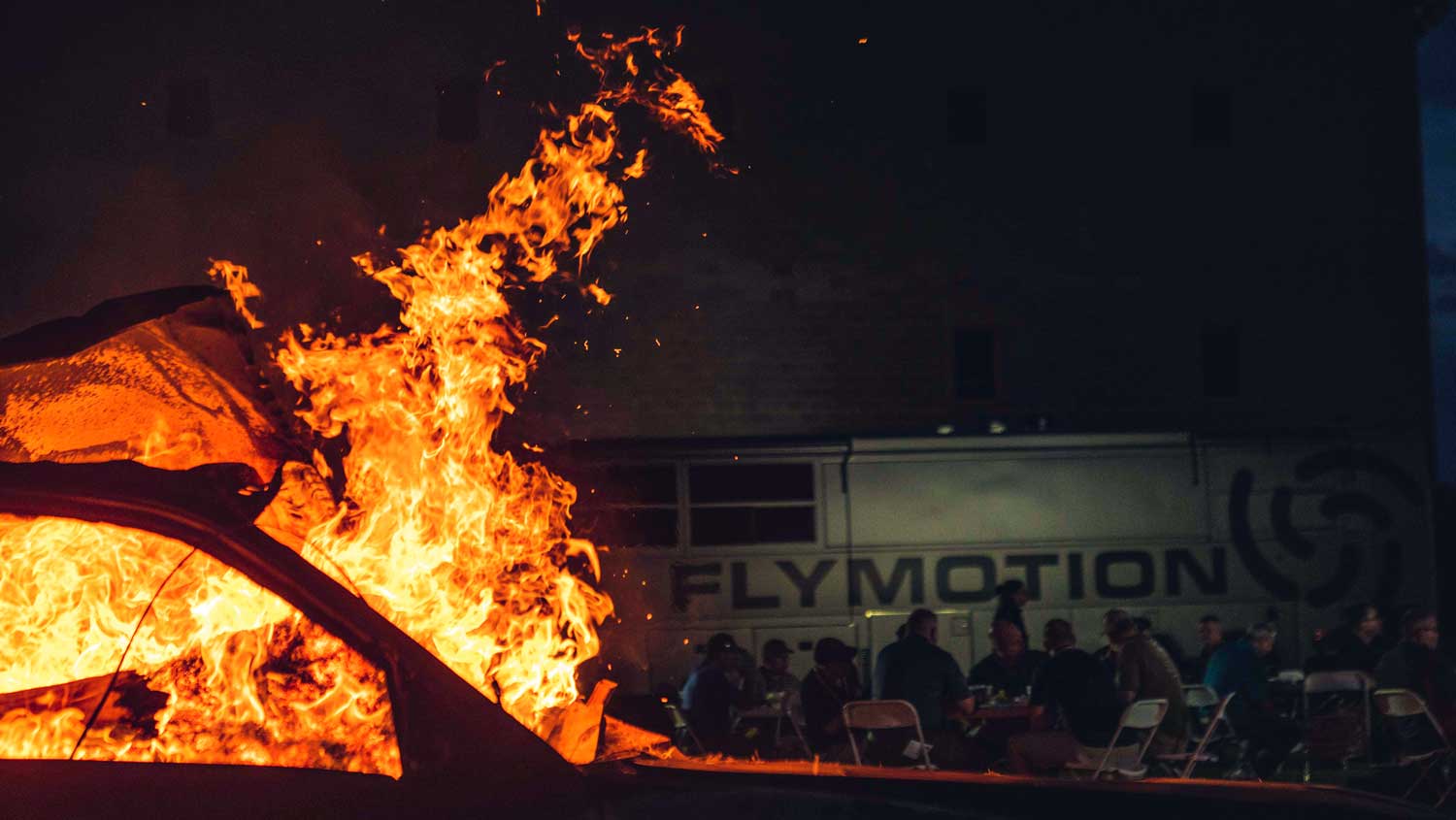 Hundreds of law enforcement and emergency management personnel are attending the five day conference that emphasizes the use of technology in eight realistic scenarios–from an active shooter situation, to tracking down a wanted subject, as well as natural disasters –like severe flooding.

“Technology is key. Giving them the ability to put something that is a piece of technology where you would normally put a human is life saving,” said Ryan English, CEO of FLYMOTION.

At UTAC 2021, first responders from across the country and world saw those scenarios play out and how the use of technology, like robots and drones, could change life threatening situations.
People from world renowned agencies, like New York Police Department and the Fire Department of New York, were there to instruct the demonstrations.

“The role players are actual law enforcement. Actual fire and rescue. I think that is key because the tactics are similar to what they would use on a day to day call,” said English.

During those demonstrations, drones and robots were used in various ways to learn details about a scene before first responders even went in.

Other uses of technology include an Emesent drone with a lidar system attached. The drone was sent in during the subway attack.

The LiDAR, which stands for Light Detection and Ranging, was able to use lasers to map about the area before first responders went in–warning them of any potential dangers to expect.

Others there to observe also got time to work with the technology and run through the scenarios themselves.

“We are training departments to be able to deploy a drone unit or robot units so that it is now a part of the response.”

Romeo Durscher, the Vice President of Public Safety with Auterion, is dedicated to making technology that aids first responders.

On display during UTAC, was the company’s fixed wing, vertical take off and landing drone. According to Durscher, the drone takes off like a helicopter, then transitions to forward flight like a plane.

“We can now fly for a longer duration over an incident scene and through our Auterion system–live stream that data to incident command or wherever it is needed. This allows us to get eyes on the scene for up to two hours. That’s a huge benefit for public safety,” he explained.

But you don’t need a drone or device from Auterion to use their systems. The company has worked to standardize their software–making technology more straight forward and easier for first responders to get what they need.

“We have really learned a lot. How to integrate multiple types of robotics, from air to ground to water, and under water. All these devises help first responders to get better, faster data, to make better faster decisions,” Durscher says.

Through the accurate data unmanned systems provides, that better informs law enforcement and emergency management—lives could be saved.